Argo Rollouts is a Kubernetes controller and set of CRDs which provide advanced deployment capabilities such as blue-green, canary, canary analysis, experimentation, and progressive delivery features to Kubernetes.

Argo Rollouts (optionally) integrates with ingress controllers and service meshes, leveraging their traffic shaping abilities to gradually shift traffic to the new version during an update. Additionally, Rollouts can query and interpret metrics from various providers to verify key KPIs and drive automated promotion or rollback during an update. 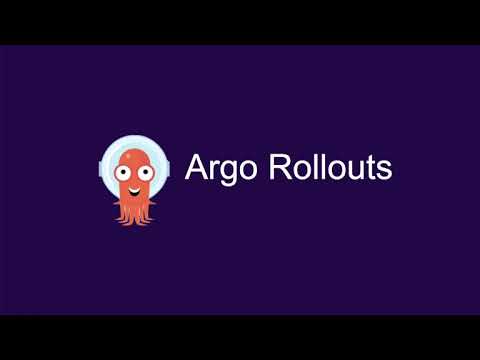 The native Kubernetes Deployment Object supports the RollingUpdate strategy which provides a basic set of safety guarantees (readiness probes) during an update. However the rolling update strategy faces many limitations:

For these reasons, in large scale high-volume production environments, a rolling update is often considered too risky of an update procedure since it provides no control over the blast radius, may rollout too aggressively, and provides no automated rollback upon failures.

Follow the full getting started guide to walk through creating and then updating a rollout object.

If another change occurs in the spec.template during a transition from a stable ReplicaSet to a new ReplicaSet (i.e. you change the application version in the middle of a rollout), then the previously new ReplicaSet will be scaled down, and the controller will try to progress the ReplicasSet that reflects the updated spec.template field. There is more information on the behaviors of each strategy in the spec section.

Use cases of Argo Rollouts¶

You can see more examples of Rollouts at: